Adenbrook Homes are proud to be getting behind young Western Sydney local, Cameron Crick (23) as he gets back behind the wheel in the Toyota 86 Racing Series in 2021! From February 26th to 28th, motor racing enthusiasts will again flock to the spiritual home of racing at Mount Panorma in Bathurst to watch as the grid is filled with young guys trying to prove themselves on the big stage. The five round schedule for the 86 Racing Series kicks off with the Mount Panorama 500 in Bathurst NSW and is followed by the Winton SuperSprint at Winton Vic, the NTI Townsville in QLD, the Sydney SuperNight at the Sydney Motorsport Park NSW and then back to Bathurst for Repco Bathurst 1000 for the final round in October.

As one of the most highly attended Australian sports and with diehard, fanatical followers, the Mount Panorama event is sure to be a weekend filled with action and excitement at every twist and turn. While 2020 represented a year that saw motor racing predominantly fail to get on-track due to Covid-19, motorsport enthusiasts will no doubt relish the opportunity that 2021 has presented with general admissions, grandstand, corporate and camping tickets available, so fans can really get amongst the action.

Cameron Crick is a talented racer and will be representing Adenbrook homes amongst other sponsors at the Mount Panorama 500 event. Cameron finished up third in the Toyota 86 Racing Series back in 2018 and is happy to be racing amongst a youthful field of drivers in 2021. Having grown up in Western Sydney, Cameron was inspired into racing at the age of 16 by his late father Rodney Crick. Quickly finding his feet, Cameron won the 2014 Australian Kart Schools National Championship, before amassing an impressive resume in the NSW go-karting scene. It was his success in go-karting that led to Cameron being offered a drive in the inaugural Toyota 86 Racing Series in 2016. Finishing mid-pack in 2016 and 2017, it was his 2018 that season that Cameron really found his feet, coming in third amongst a huge field of drivers while also debuting in the ECB SuperUtes Series in the same year, recording four top five finished in just 2 rounds as a fill-in driver. Running a fulltime campaign in the ECB SuperUtes in 2019 as well as running 4 rounds in the Pro-Class of the Porsche Michelin GT3 Cup Challenge, Cameron was able to win 6 races, collecting 14 podiums in total and closing out the season in 2nd place in the championship standings. It was his performance in 2019 that saw Cameron recognised as the 8th ranked driver in DriverDatabase.com classifications amongst Australian motorsport athletes aged 22 and under. The chaotic and disrupted 2020 season saw Cameron hit the track at the Adelaide Superloop TransAM round, recording podium finishes in his debut while also featuring at the Bathurst 1000 in the Toyota 86 Racing Series finishing top five for each of his four races.

Join us in watching all the Mount Panorama 500 action and cheer on Cameron Crick as he races around the track sporting the Adenbrook Homes logo! You can catch this high-octane series between the 26th and 28th of February on Fox Sports as part of the Supercars Championship Support Categories. 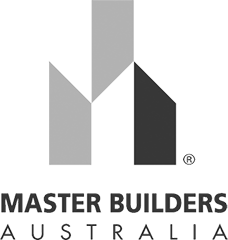